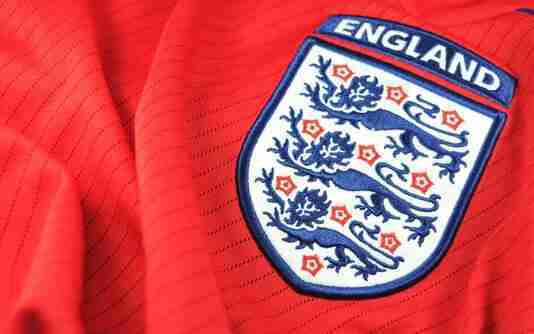 One of most debated topics regarding England at Euro 2020 is how will Gareth Southgate fit all the attacking flair into one team. With an all English team Champions League Final, English football looks to be on the up due to the rise of young attacking players such as Mason Mount and Phil Foden. This is where everyone will have their own opinion on who should play at the Euro.

We have formed our England Euro 2020 Team Prediction based on our own opinion of who should play and also taking into account who we think Gareth Southgate will pick. Select your own starting 11 using the BBC team predictor. 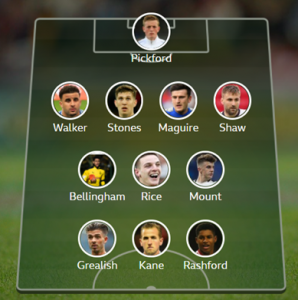 In goal we have gone for Jordan Pickford, this is due to there not being too much between the goalkeepers. Gareth Southgate seems to trust Pickford the most out of the three he has picked and for England he has never put a foot wrong.

In midfield we have picked Declan Rice as the holding midfielder, he has impressed for West Ham this season and there are question marks over Jordan Henderson’s fitness. Jude Bellingham has been outstanding this season and will give a lot of energy in the midfield as well as his eye for a pass. Mason Mount is a favourite of Gareth Southgate and will add some creativity in the middle with his progressive style of play

Ideally, we would like to see Grealish on the left side but the Rashford and Shaw link up is too good to break up. Harry Kane will captain England at Euro 2020 and will be England’s main goal threat. The front three we have gone for will provide the team with a good balance of pace and trickery which their opposition will fear.

With Betway, England are priced at second favourites to win Euro 2020 at 11/2. Harry Kane is the favourite to win the golden boot for the tournament, also priced at 11/2. See our dedicated sports betting offers page to grab yourself some fantastic welcome bonuses to bet on Euro 2020 with. There are some great free bet offers to claim in order to enhance your experience of watching Euro 2020.